The Week Ahead Market Updates 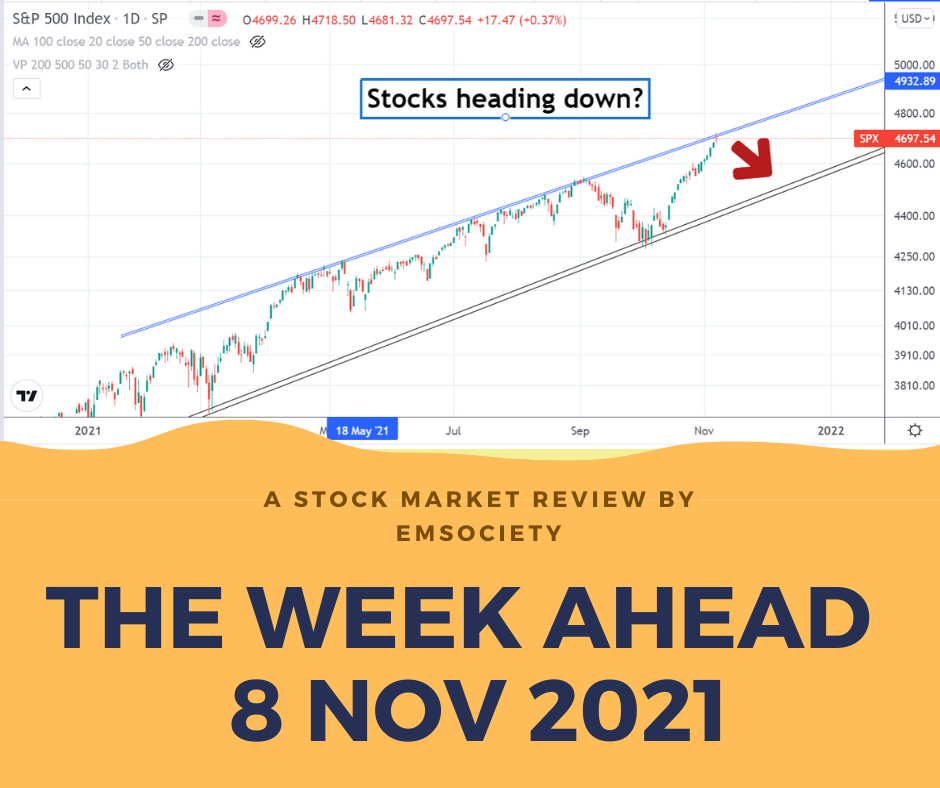 It is exactly one month since we identified the stock market bottom in October. Previously, September saw a vicious correction since caused many investors to panic before started buying stocks when it bottomed out in October. The first week of November has also continued the bullish streak in October. However, has the party ended last week? In the picture, the S&P 500 Index has already hit the channel resistance line. Is it time for the stock market to head down for another correction?

The last week has been dominated by three news. Firstly, there was the Federal Reserve announcement of tapering its current stimulus measures. They would be winding down bonds purchase although there was nothing said about any interest rates hike. Normally, this would spell bad news for investors but they merely shrugged off this news and continued moving stocks higher. There’s because they had factored this news earlier and thus, there was a downwards correction in September. Therefore, the bad news had already been priced in before it was announced. Secondly, there was good Non-Farm payroll numbers (more jobs were created than expected). Thirdly, Joe Biden’s Trillion Dollar Infrastructure Bill had been passed in Congress. These probably pushed the stock market higher in the week.

How will next week turn out after the S&P 500 Index has reached the resistance?

If you have any queries, feel free to contact us at [email protected] for a complimentary 1-on-1 consultation.

Also in The Week Ahead Market Updates

Happy New Year to 2022! This week marks the start of a new trading year. Will it be a smashing year like 2021 or will we see crosswinds over the horizons? Check it out in this year’s stock market weekly update!

Santa Claus seemed to be delivering some generous gifts to investors this year. Find out if this good momentum could keep up into the beginning of next year?