Why Did Dogecoin Drop 30% During SNL? 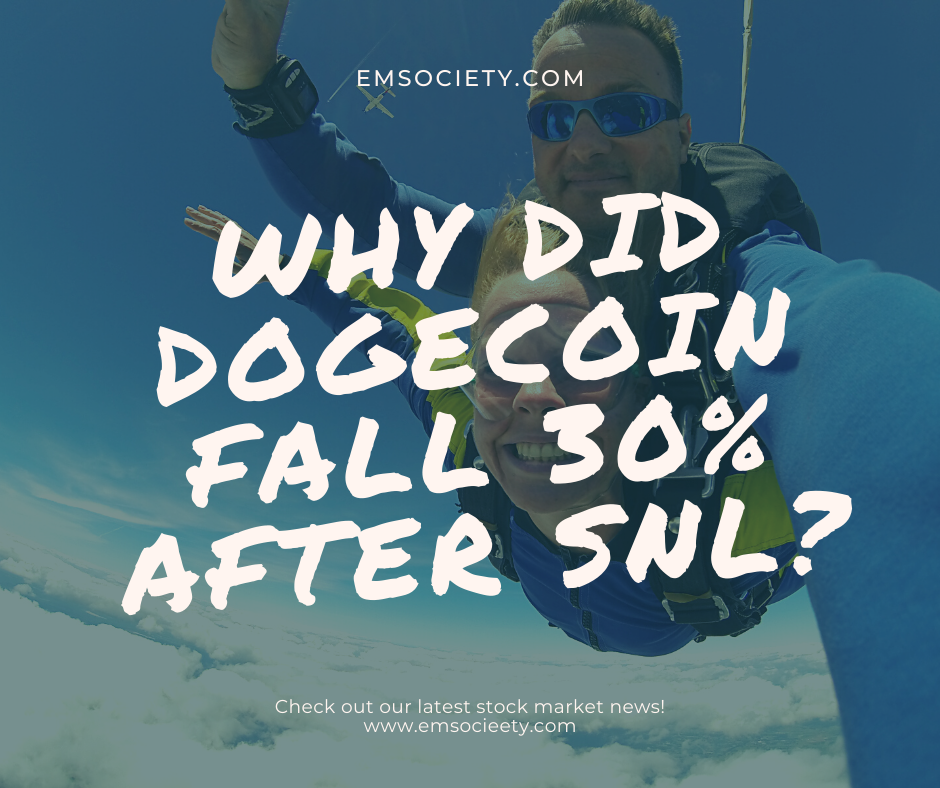 The very-much anticipated Saturday Night Live (SNL) show on 8 May was an anti-climax. While Dogecoin investors were hoping that Elon Musk’s appearance would bring Dogecoin’s price to crazy new heights, it fell by about 30% instead. Why even the appearance of the “Dogefather” fail to inspire a lift-off in price? Or is there a sinister motive behind this?

Ever since its debut, Dogecoin has moved up by 32,000% at its highest point. In addition, with Musk’s acceptance of cryptocurrencies to use as payment for Tesla’s cars, this has contributed massively to their increased rise. But what is so special about cryptocurrency is that it is an unregulated instrument. In fact, I would even call this the wild wild west of investing! Hence, this has led to the wild swings in this instrument. 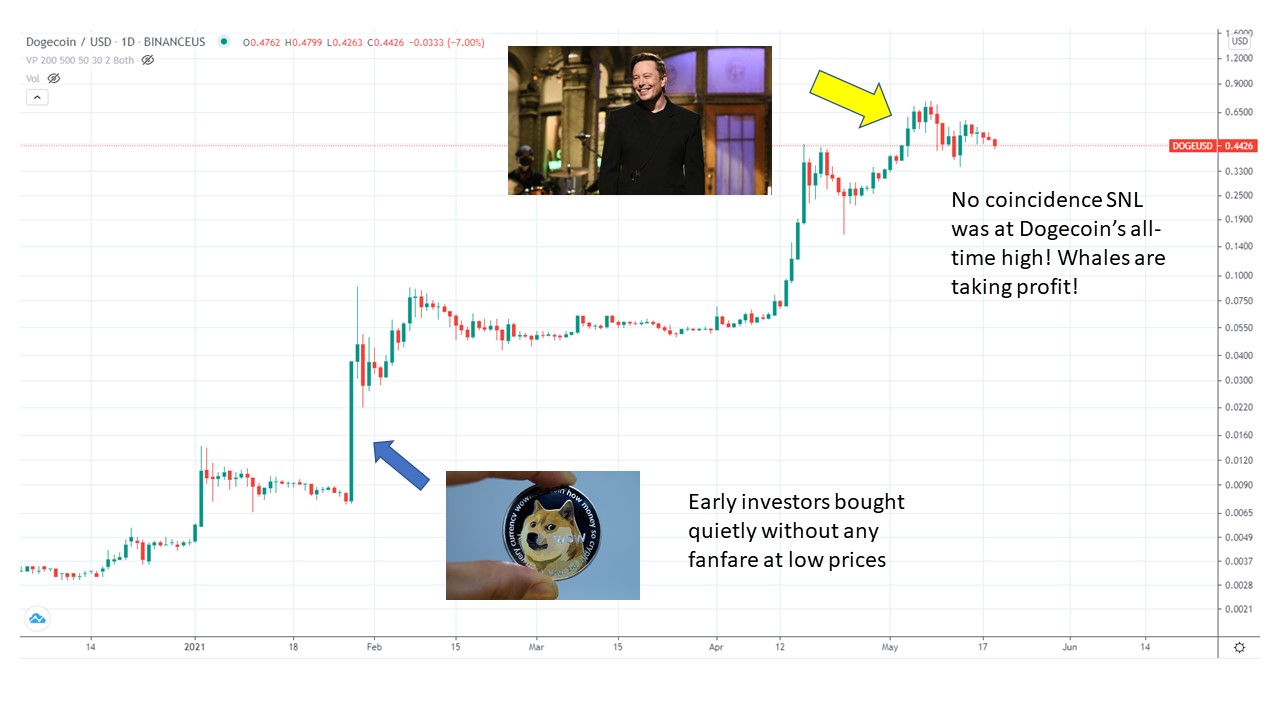 While Dogecoin and other cryptos may sound different from stocks, remember that the investment principles behind its pricing remain the same. Why would the price of Dogecoin fall on the day when it was supposed to its coming-out party on SNL? It is the same reason why Apple shares tend to fall on the release of its new versions of iPhones.

This is a classic lesson in the stock market: “Buy the rumour and sell the news”

The people who are most likely to profit are the early buyers who bought at very low prices. Early investors like Musk would have already bought Dogecoins at its infancy and are ready to sell and take profit now. Only small retail investors fall bait to the FOMO frenzy by buying on the fanfare generated during SNL.

Remember, the early investors were ready to unload their Dogecoins already to these unsuspecting investors during SNL. In fact, the main sinister motive of hosting SNL was such that the early birds could generate enough hype amongst the little investors to buy from them while they unload.

Beware! As of today, cryptocurrency have plunged half their valuations from their highs.

Question you should be asking yourself right now: Should you be attempting to buy or to sell?